In the middle of Leitrim, on the southern tip of Lough Allen with Slieve an Iarrainn to the east and Arigna Mountains to the west, lies the small town of Drumshanbo. In 1964, after several years of lobbying by the visionary people of the area, led by Mr Joe Mooney, the original Drumshanbo Vocational School was built. McGarry Brothers of Ballinamore were the contractors. It arose on Furnace Hill, in Carrick na Brac, the name telling the earlier history of industry in the locality. Costing between €40- €50k, the school was hearalded at the time as one of the most modern in Ireland.

Starting with around 60 pupils taking the Day Vocational Certificate (Group Cert), soon, under the leadership of Mr Peadar O Griofa, the first principal, many students were staying on to do the Inter Cert. Today, with an enrolment of 384 students, the school offers a very comprehensive curriculum up to Leaving Certificate and a vibrant Post Leaving Certificate programme.  The subject most recently added to the curriculum is Spanish and this has proven to be hugely popular. This means that the school now has two popular modern European languages on offer. The long established PLC programme now comprises four courses: Commercial IT ( Level 5 & Level 6 FETAC), Traditional Irish Music and Media Engineering. 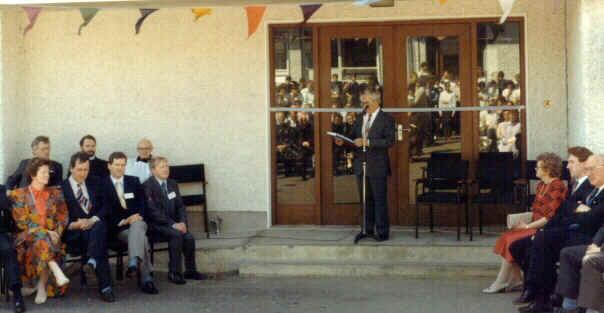 Opening of the new building in 1986

Since 1964, the school building and infra-structure has had to evolve to suit the needs of the increasing numbers of students and the expanding curriculum. By the 1980s, the original building was surrounded by prefabs, showing the need for further building. The opening of the main two storey building took place in 1986, presided over by a very dedicated and proud principal, Mr Padraig McLoughlin. 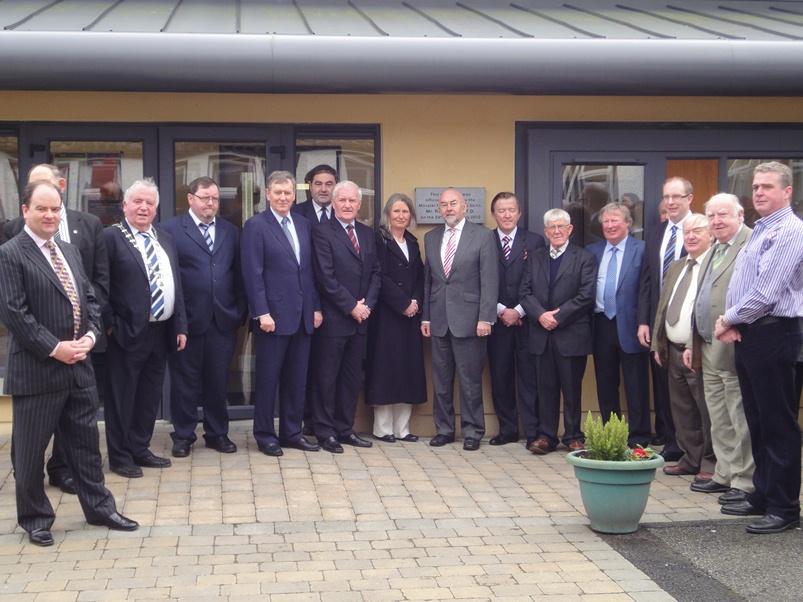 The next extension, comprising of four classrooms was built in 2010 by Mr P McManus & Son under the supervision of Mr Ian Pudney, Architect. In recent years the school toilet facilities have been upgraded and all of the practical rooms refurbished. A new Science Lab was added and all of the classrooms are now fully equipped with ICT facilities. The car park has been relocated, a lift, ramps and wheelchair accessible toilets provided and a loop system installed at Reception to improve accessibility for all. Most recently the extension to the Engineering Room was completed in January 2014. Building of the next extension is due to commence during the summer of 2014, for completion around February 2015. This extension will comprise 6/7 classrooms and offices, including a state of the art Autism Unit.

The school boasts a proud history of inclusion for all and continues to provide a quality education to all students. A bright future is envisaged for the school and all who attend.

Note: A more comprehensive account of the school's history will be provided in the near future.