Girls Gaelic Football (Report from Mr Cullen. Dec 2014)
The Senior and Junior (under 16) Gaelic football teams had a number of fixtures recently. The senior team lost out to a strong team who topped the group while also receiving the points in our final fixture of the group. The Junior team played three matches over this period resulting in a comprehensive victory in an away game, while unfortunately being on the wrong side of the result of the last two games. The girls competition has now concluded until next year. Well done to all who participated and represented the school to a high standard. 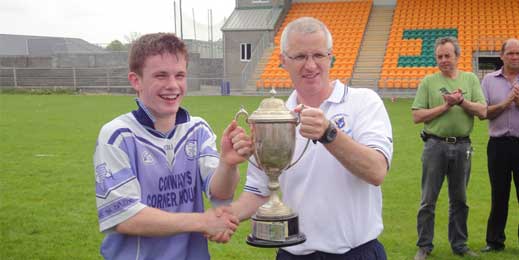 For details of upcoming schools' GAA fixtures and tables go to www.connachtgaa.ie